Judges 8 | Jesus is Our King

Judges 8 And the men of Ephraim said unto him, Why hast thou served us thus, that thou calledst us not, when thou wentest to fight with the Midianites? And they did chide with him sharply. 2And he said unto them, What have I done now in comparison of you? Is not the gleaning of the grapes of Ephraim better than the vintage of Abiezer? 3God hath delivered into your hands the princes of Midian, Oreb and Zeeb: and what was I able to do in comparison of you? Then their anger was abated toward him, when he had said that. 4And Gideon came to Jordan, and passed over, he, and the three hundred men that were with him, faint, yet pursuing them. 5And he said unto the men of Succoth, Give, I pray you, loaves of bread unto the people that follow me; for they be faint, and I am pursuing after Zebah and Zalmunna, kings of Midian. 6And the princes of Succoth said, Are the hands of Zebah and Zalmunna now in thine hand, that we should give bread unto thine army? 7And Gideon said, Therefore when the LORD hath delivered Zebah and Zalmunna into mine hand, then I will tear your flesh with the thorns of the wilderness and with briers. 8And he went up thence to Penuel, and spake unto them likewise: and the men of Penuel answered him as the men of Succoth had answered him. 9And he spake also unto the men of Penuel, saying, When I come again in peace, I will break down this tower. 10Now Zebah and Zalmunna were in Karkor, and their hosts with them, about fifteen thousand men, all that were left of all the hosts of the children of the east: for there fell an hundred and twenty thousand men that drew sword. 11And Gideon went up by the way of them that dwelt in tents on the east of Nobah and Jogbehah, and smote the host; for the host was secure. 12And when Zebah and Zalmunna fled, he pursued after them, and took the two kings of Midian, Zebah and Zalmunna, and discomfited all the host. 13And Gideon the son of Joash returned from battle before the sun was up, 14And caught a young man of the men of Succoth, and enquired of him: and he described unto him the princes of Succoth, and the elders thereof, even threescore and seventeen men. 15And he came unto the men of Succoth, and said, Behold Zebah and Zalmunna, with whom ye did upbraid me, saying, Are the hands of Zebah and Zalmunna now in thine hand, that we should give bread unto thy men that are weary? 16And he took the elders of the city, and thorns of the wilderness and briers, and with them he taught the men of Succoth. 17And he beat down the tower of Penuel, and slew the men of the city. 18Then said he unto Zebah and Zalmunna, What manner of men were they whom ye slew at Tabor? And they answered, As thou art, so were they; each one resembled the children of a king. 19And he said, They were my brethren, even the sons of my mother: as the LORD liveth, if ye had saved them alive, I would not slay you. 20And he said unto Jether his firstborn, Up, and slay them. But the youth drew not his sword: for he feared, because he was yet a youth. 21Then Zebah and Zalmunna said, Rise thou, and fall upon us: for as the man is, so is his strength. And Gideon arose, and slew Zebah and Zalmunna, and took away the ornaments that were on their camels' necks. 22Then the men of Israel said unto Gideon, Rule thou over us, both thou, and thy son, and thy son's son also: for thou hast delivered us from the hand of Midian. 23And Gideon said unto them, I will not rule over you, neither shall my son rule over you: the LORD shall rule over you. 24And Gideon said unto them, I would desire a request of you, that ye would give me every man the earrings of his prey. (For they had golden earrings, because they were Ishmaelites.) 25And they answered, We will willingly give them. And they spread a garment, and did cast therein every man the earrings of his prey. 26And the weight of the golden earrings that he requested was a thousand and seven hundred shekels of gold; beside ornaments, and collars, and purple raiment that was on the kings of Midian, and beside the chains that were about their camels' necks. 27And Gideon made an ephod thereof, and put it in his city, even in Ophrah: and all Israel went thither a whoring after it: which thing became a snare unto Gideon, and to his house. 28Thus was Midian subdued before the children of Israel, so that they lifted up their heads no more. And the country was in quietness forty years in the days of Gideon. 29And Jerubbaal the son of Joash went and dwelt in his own house. 30And Gideon had threescore and ten sons of his body begotten: for he had many wives. 31And his concubine that was in Shechem, she also bare him a son, whose name he called Abimelech. 32And Gideon the son of Joash died in a good old age, and was buried in the sepulchre of Joash his father, in Ophrah of the Abiezrites. 33And it came to pass, as soon as Gideon was dead, that the children of Israel turned again, and went a whoring after Baalim, and made Baalberith their god. 34And the children of Israel remembered not the LORD their God, who had delivered them out of the hands of all their enemies on every side: 35Neither shewed they kindness to the house of Jerubbaal, namely, Gideon, according to all the goodness which he had shewed unto Israel.

ideon pacifies the Ephraimites. (1-3) Succoth and Penuel refuse to relieve Gideon. (4-12) Succoth and Penuel punished. (13-17) Gideon avenges his brethren. (18-21) Gideon declines the government, but given occasion for idolatry. (22-28) Gideon's death, Israel's ingratitude. (29-35) Verses 1-3: Those who will not attempt or venture any thing in the cause of God, will be the most ready to censure and quarrel with such as are of a more zealous and enterprising spirit. And those who are the most backward to difficult services, will be the most angry not to have the credit of them. Gideon stands here as a great example of self-denial; and shows us that envy is best removed by humility. The Ephraimites had given vent to their passion in very wrong freedom of speech, a certain sign of a weak cause: reason runs low when chiding flies high. Verses 4-12: Gideon's men were faint, yet pursuing; fatigued with what they had done, yet eager to do more against their enemies. It is many a time the true Christian's case, fainting, and yet pursuing. The world knows but little of the persevering and successful struggle the real believer maintains with his sinful heart. But he betakes himself to that Divine strength, in the faith of which he began his conflict, and by the supply of which alone he can finish it in triumph. Verses 13-17: The active servants of the Lord meet with more dangerous opposition from false professors than from open enemies; but they must not care for the behaviour of those who are Israelites in name, but Midianites in heart. They must pursue the enemies of their souls, and of the cause of God, though they are ready to faint through inward conflicts and outward hardships. And they shall be enabled to persevere. The less men help, and the more they seek to hinder, the more will the Lord assist. Gideon's warning being slighted, the punishment was just. Many are taught with the briers and thorns of affliction, who would not learn otherwise. Verses 18-21: The kings of Midian must be reckoned with. As they confessed themselves guilty of murder, Gideon acted as the avenger of blood, being the next of kin to the persons slain. Little did they think to have heard of this so long after; but murder seldom goes unpunished in this life. Sins long forgotten by man, must be accounted for to God. What poor consolation in death from the hope of suffering less pain, and of dying with less disgrace than some others! yet many are more anxious on these accounts, than concerning the future judgment, and what will follow. Verses 22-28: Gideon refused the government the people offered him. No good man can be pleased with any honour done to himself, which belongs only to God. Gideon thought to keep up the remembrance of this victory by an ephod, made of the choicest of the spoils. But probably this ephod had, as usual, a teraphim annexed to it, and Gideon intended this for an oracle to be consulted. Many are led into false ways by one false step of a good man. It became a snare to Gideon himself, and it proved the ruin of the family. How soon will ornaments which feed the lust of the eye, and form the pride of life, as well as tend to the indulgences of the flesh, bring shame on those who are fond of them! Verses 29-35: As soon as Gideon was dead, who kept the people to the worship of the God of Israel, they found themselves under no restraint; then they went after Baalim, and showed no kindness to the family of Gideon. No wonder if those who forget their God, forget their friends. Yet conscious of our own ingratitude to the Lord, and observing that of mankind in general, we should learn to be patient under any unkind returns we meet with for our poor services, and resolve, after the Divine example, not to be overcome of evil, but to overcome evil with good.

Today's Scripture Application Each day we walk through the Bible chapter by chapter making an application of our text to help us grow in the Lord. Many applications can be made from each day's text. Today we Continue in the book of Judges with Chapter 8 and we see Gideon punishing those who refused to help, Gideon refusing to become king, and the end of Gideon's life. What catches my eye is Israel wanting a King. Gideon said "No" God is our King but the fascination of Israel wanting someone to rule over them, verses trusting in God, exposes their hearts. In applying this passage today we see that not much has changed. People still want a king or president to rule over them and deliver them verses trusting in our Lord to provide and deliver us. It reminds me of our elections today as each party back stabs other to satisfy the peoples desire to have a king, or in this case a president. Our nation has turned its back on God refusing to repent and in the process will bring judgement on our nation. This process will bring the pages of Judges to our lives as God will have to raise a Judge to deliver us from the false gods we are worshiping. How about you? Do you desire a man to be king and rule or deliver you? Let us learn from our text today, to repent as individuals and as a nation, allowing the Lord to be King of our lives. 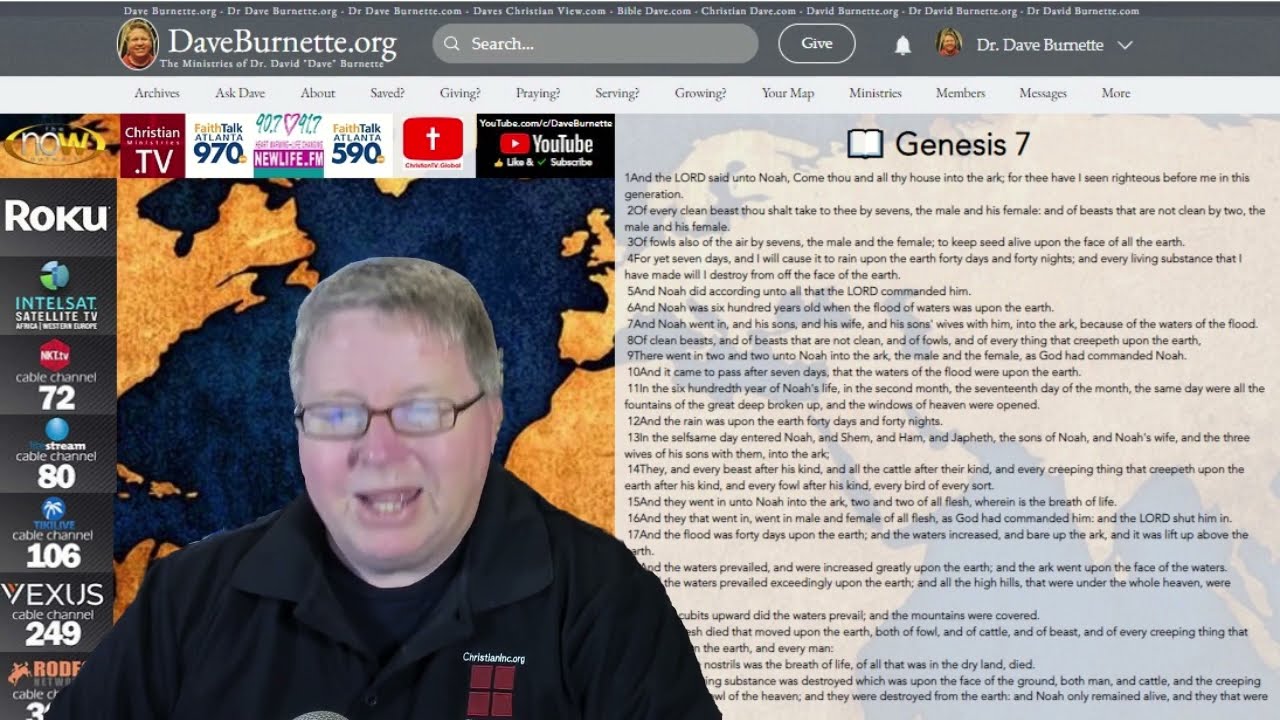 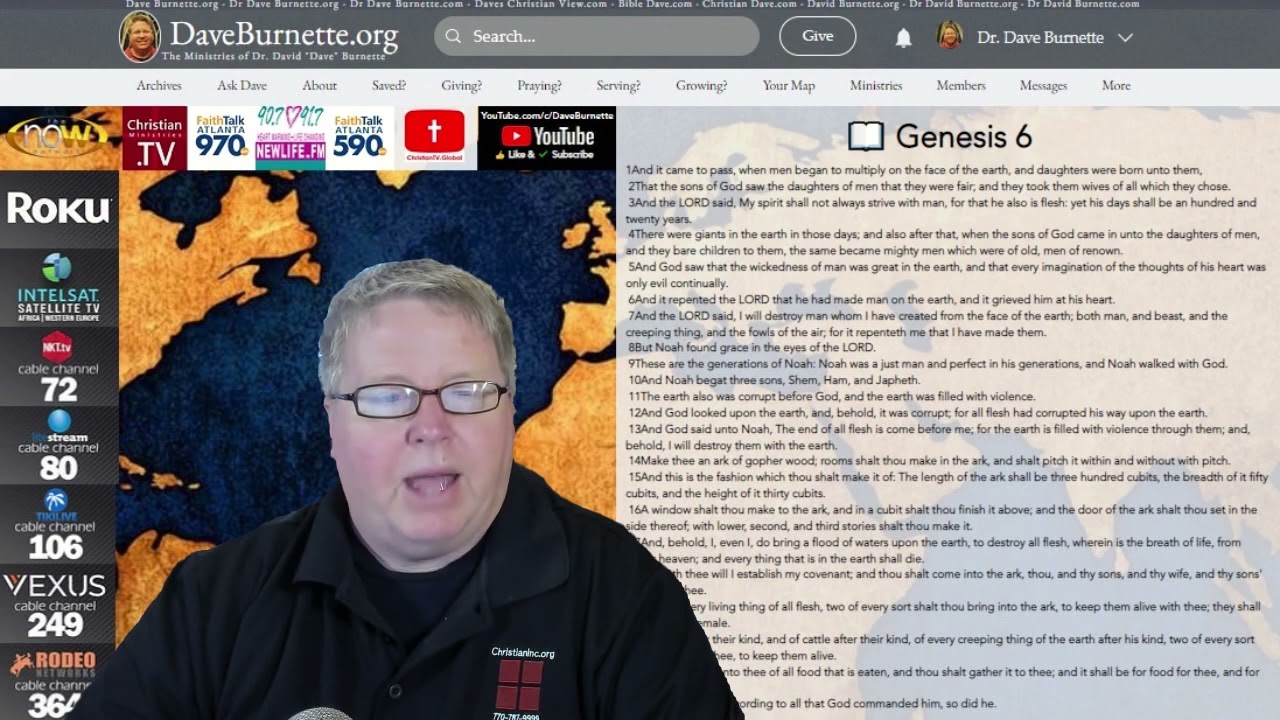 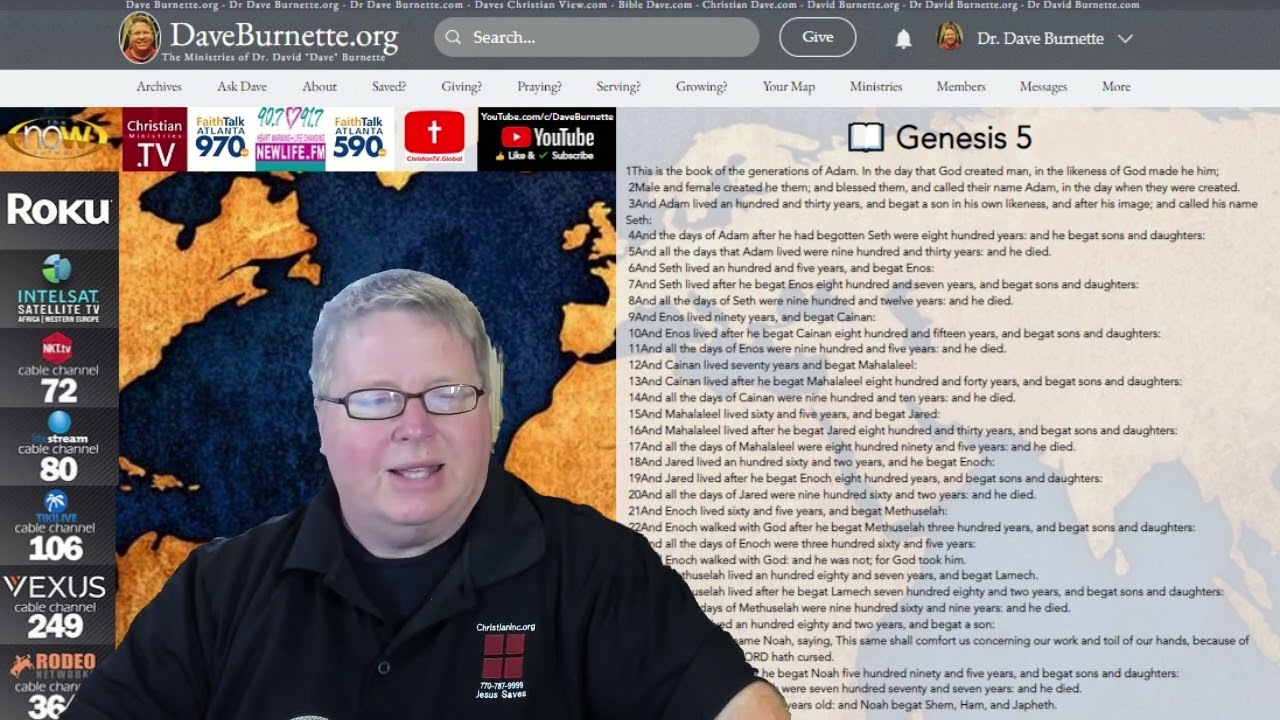 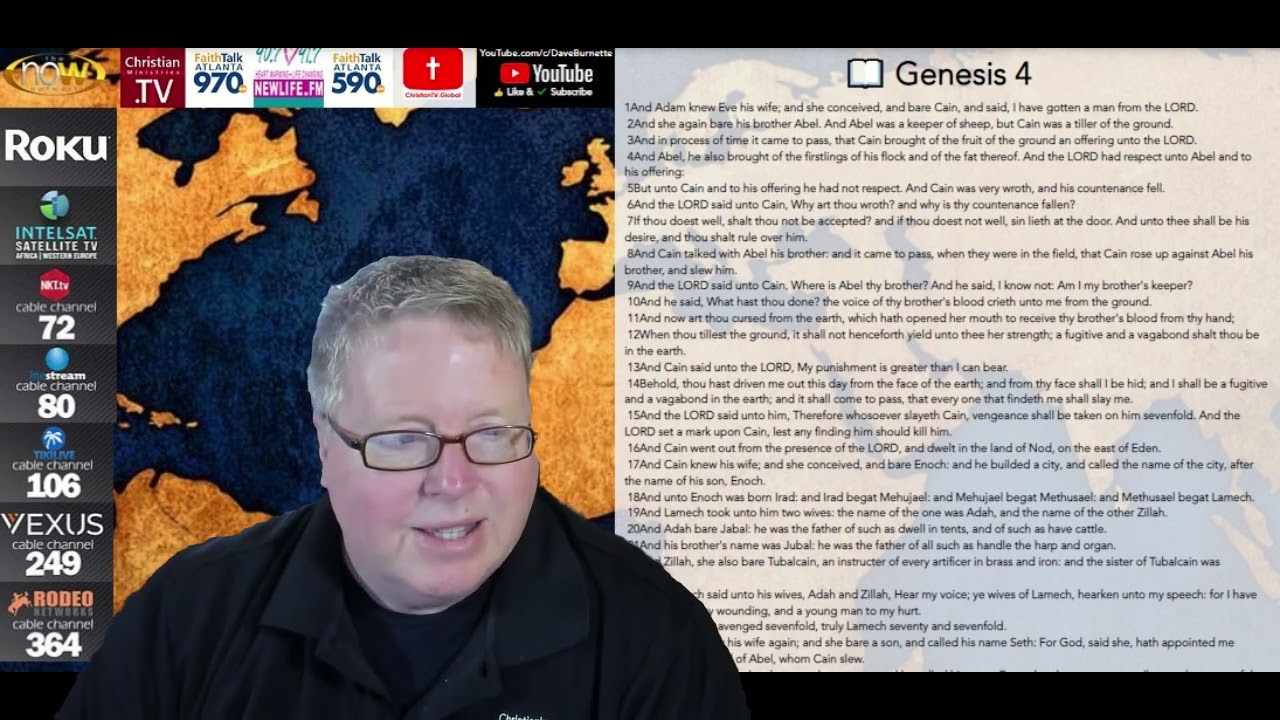 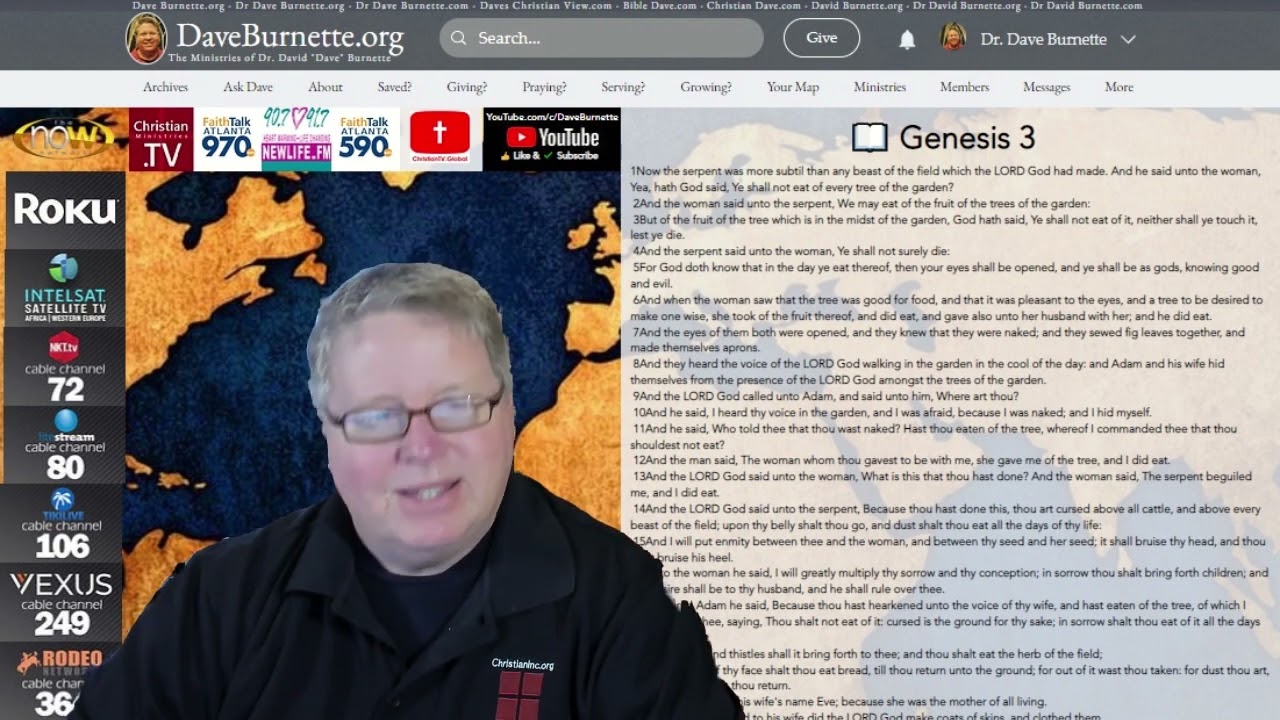 Genesis 3 ✒️ The Beginning of Sin 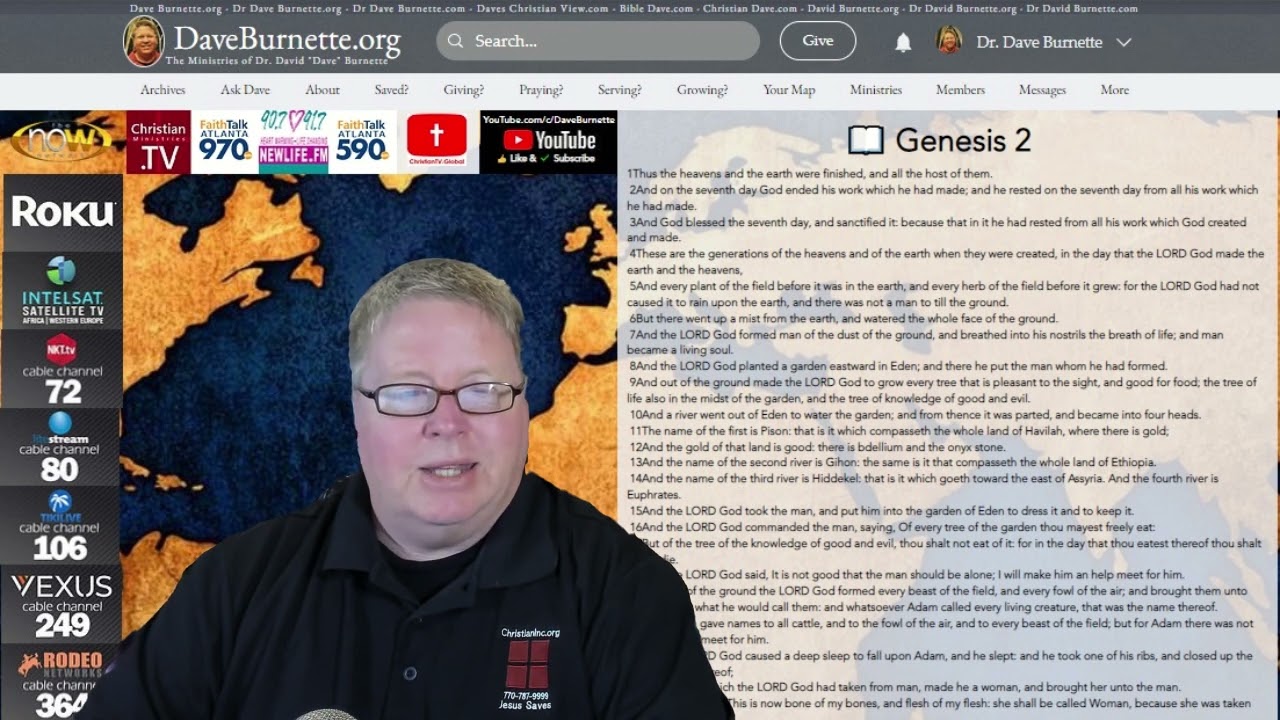 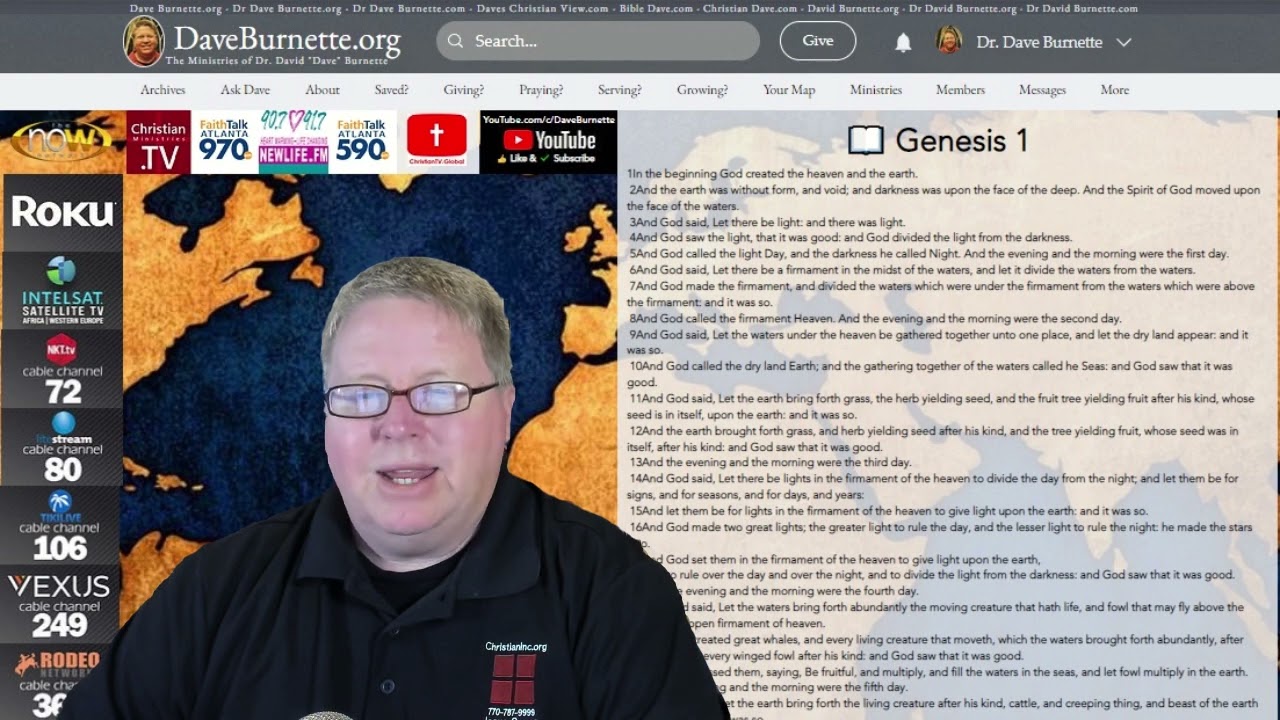 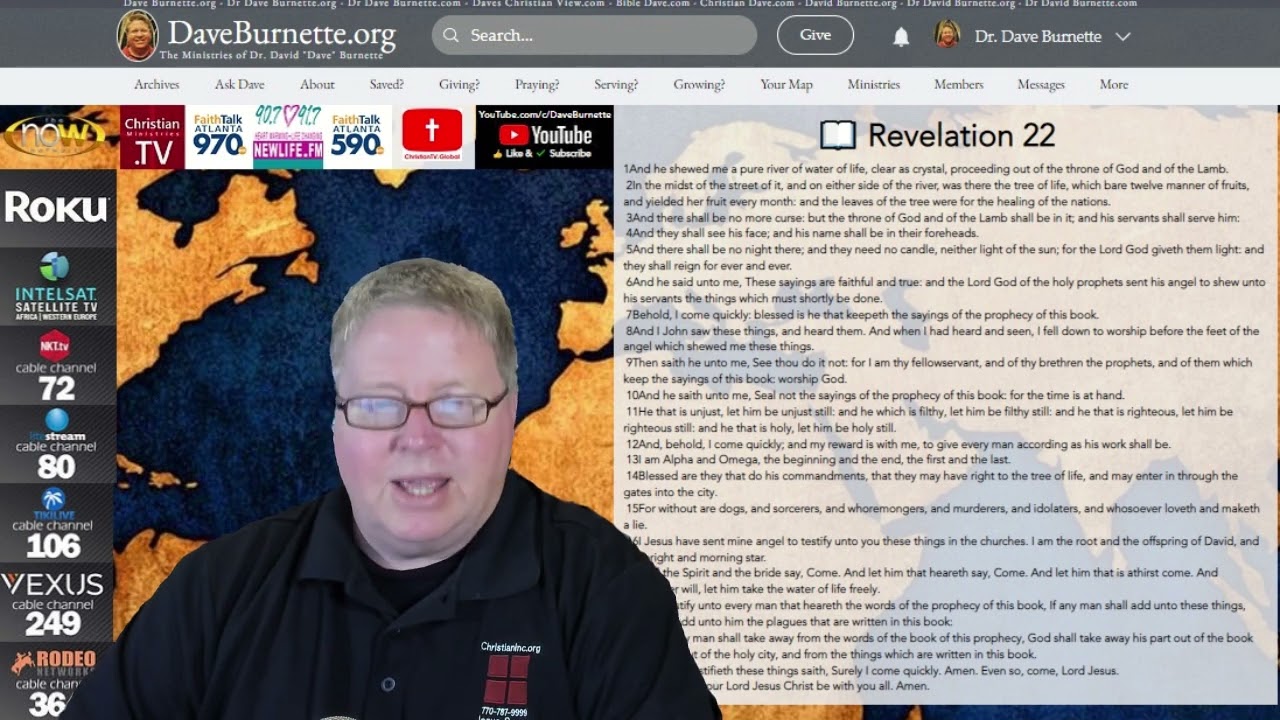 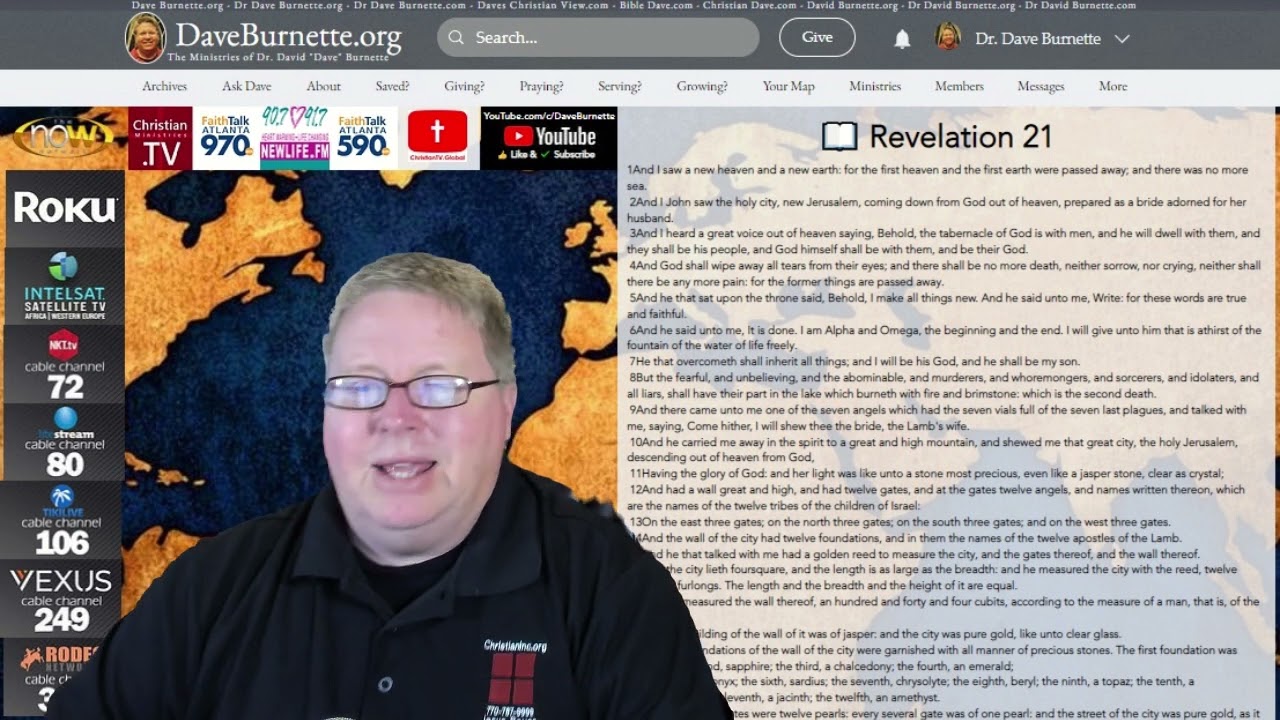 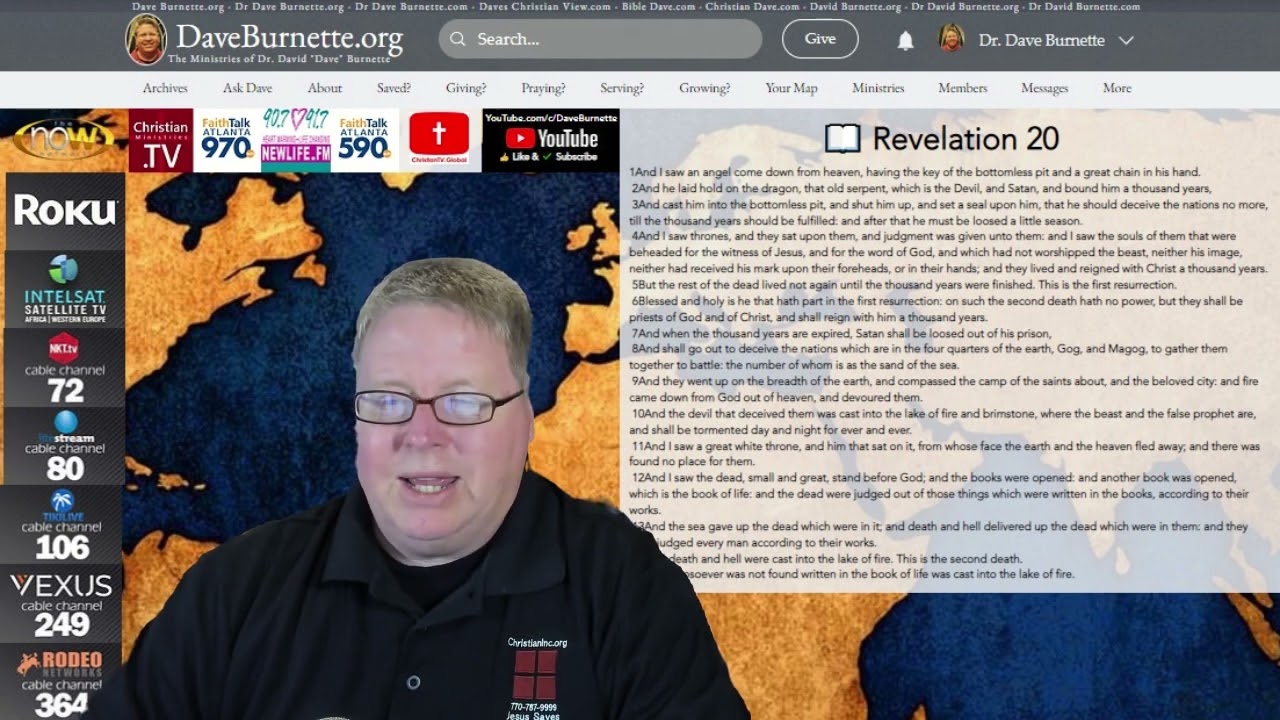