1Samuel also said unto Saul, The LORD sent me to anoint thee to be king over his people, over Israel: now therefore hearken thou unto the voice of the words of the LORD. 2Thus saith the LORD of hosts, I remember that which Amalek did to Israel, how he laid wait for him in the way, when he came up from Egypt. 3Now go and smite Amalek, and utterly destroy all that they have, and spare them not; but slay both man and woman, infant and suckling, ox and sheep, camel and ass. 4And Saul gathered the people together, and numbered them in Telaim, two hundred thousand footmen, and ten thousand men of Judah. 5And Saul came to a city of Amalek, and laid wait in the valley. 6And Saul said unto the Kenites, Go, depart, get you down from among the Amalekites, lest I destroy you with them: for ye shewed kindness to all the children of Israel, when they came up out of Egypt. So the Kenites departed from among the Amalekites. 7And Saul smote the Amalekites from Havilah until thou comest to Shur, that is over against Egypt. 8And he took Agag the king of the Amalekites alive, and utterly destroyed all the people with the edge of the sword. 9But Saul and the people spared Agag, and the best of the sheep, and of the oxen, and of the fatlings, and the lambs, and all that was good, and would not utterly destroy them: but every thing that was vile and refuse, that they destroyed utterly. 10Then came the word of the LORD unto Samuel, saying, 11It repenteth me that I have set up Saul to be king: for he is turned back from following me, and hath not performed my commandments. And it grieved Samuel; and he cried unto the LORD all night. 12And when Samuel rose early to meet Saul in the morning, it was told Samuel, saying, Saul came to Carmel, and, behold, he set him up a place, and is gone about, and passed on, and gone down to Gilgal. 13And Samuel came to Saul: and Saul said unto him, Blessed be thou of the LORD: I have performed the commandment of the LORD. 14And Samuel said, What meaneth then this bleating of the sheep in mine ears, and the lowing of the oxen which I hear? 15And Saul said, They have brought them from the Amalekites: for the people spared the best of the sheep and of the oxen, to sacrifice unto the LORD thy God; and the rest we have utterly destroyed. 16Then Samuel said unto Saul, Stay, and I will tell thee what the LORD hath said to me this night. And he said unto him, Say on. 17And Samuel said, When thou wast little in thine own sight, wast thou not made the head of the tribes of Israel, and the LORD anointed thee king over Israel? 18And the LORD sent thee on a journey, and said, Go and utterly destroy the sinners the Amalekites, and fight against them until they be consumed. 19Wherefore then didst thou not obey the voice of the LORD, but didst fly upon the spoil, and didst evil in the sight of the LORD? 20And Saul said unto Samuel, Yea, I have obeyed the voice of the LORD, and have gone the way which the LORD sent me, and have brought Agag the king of Amalek, and have utterly destroyed the Amalekites. 21But the people took of the spoil, sheep and oxen, the chief of the things which should have been utterly destroyed, to sacrifice unto the LORD thy God in Gilgal. 22And Samuel said, Hath the LORD as great delight in burnt offerings and sacrifices, as in obeying the voice of the LORD? Behold, to obey is better than sacrifice, and to hearken than the fat of rams. 23For rebellion is as the sin of witchcraft, and stubbornness is as iniquity and idolatry. Because thou hast rejected the word of the LORD, he hath also rejected thee from being king. 24And Saul said unto Samuel, I have sinned: for I have transgressed the commandment of the LORD, and thy words: because I feared the people, and obeyed their voice. 25Now therefore, I pray thee, pardon my sin, and turn again with me, that I may worship the LORD. 26And Samuel said unto Saul, I will not return with thee: for thou hast rejected the word of the LORD, and the LORD hath rejected thee from being king over Israel. 27And as Samuel turned about to go away, he laid hold upon the skirt of his mantle, and it rent. 28And Samuel said unto him, The LORD hath rent the kingdom of Israel from thee this day, and hath given it to a neighbour of thine, that is better than thou. 29And also the Strength of Israel will not lie nor repent: for he is not a man, that he should repent. 30Then he said, I have sinned: yet honour me now, I pray thee, before the elders of my people, and before Israel, and turn again with me, that I may worship the LORD thy God. 31So Samuel turned again after Saul; and Saul worshipped the LORD. 32Then said Samuel, Bring ye hither to me Agag the king of the Amalekites. And Agag came unto him delicately. And Agag said, Surely the bitterness of death is past. 33And Samuel said, As thy sword hath made women childless, so shall thy mother be childless among women. And Samuel hewed Agag in pieces before the LORD in Gilgal. 34Then Samuel went to Ramah; and Saul went up to his house to Gibeah of Saul. 35And Samuel came no more to see Saul until the day of his death: nevertheless Samuel mourned for Saul: and the LORD repented that he had made Saul king over Israel.

Saul sent to destroy Amalek. (1-9) Saul excuses and commends himself. (10-23) Saul's imperfect humiliation. (24-31) Agag put to death, Samuel and Saul part. (32-35) Verses 1-9: The sentence of condemnation against the Amalekites had gone forth long before, (Ex 17:14; De 25:19), but they had been spared till they filled up the measure of their sins. We are sure that the righteous Lord does no injustice to any. The remembering the kindness of the ancestors of the Kenites, in favour to them, at the time God was punishing the injuries done by the ancestors of the Amalekites, tended to clear the righteousness of God in this dispensation. It is dangerous to be found in the company of God's enemies, and it is our duty and interest to come out from among them, lest we share in their sins and plagues, (Re 18:4). As the commandment had been express, and a test of Saul's obedience, his conduct evidently was the effect of a proud, rebellious spirit. He destroyed only the refuse, that was good for little. That which was now destroyed was sacrificed to the justice of God. Verses 10-23: Repentance in God is not a change of mind, as it is in us, but a change of method. The change was in Saul; "He is turned back from following me." Hereby he made God his enemy. Samuel spent a whole night in pleading for Saul. The rejection of sinners is the grief of believers: God delights not in their death, nor should we. Saul boasts to Samuel of his obedience. Thus sinners think, by justifying themselves, to escape being judged of the Lord. The noise the cattle made, like the rust of the silver, (Jam 5:3), witnessed against him. Many boast of obedience to the command of God; but what means then their indulgence of the flesh, their love of the world, their angry and unkind spirit, and their neglect of holy duties, which witness against them? See of what evil covetousness is the root; and see what is the sinfulness of sin, and notice that in it which above any thing else makes it evil in the sight of the Lord; it is disobedience: "Thou didst not obey the voice of the Lord." Carnal, deceitful hearts, like Saul, think to excuse themselves from God's commandments by what pleases themselves. It is hard to convince the children of disobedience. But humble, sincere, and conscientious obedience to the will of God, is more pleasing and acceptable to him than all burnt-offering and sacrifices. God is more glorified and self more denied, by obedience than by sacrifice. It is much easier to bring a bullock or lamb to be burned upon the altar, than to bring every high thought into obedience to God, and to make our will subject to his will. Those are unfit and unworthy to rule over men, who are not willing that God should rule over them. Verses 24-31: There were several signs of hypocrisy in Saul's repentance. 1. He besought Samuel only, and seemed most anxious to stand right in his opinion, and to gain his favour. 2. He excuses his fault, even when confessing it; that is never the way of a true penitent. 3. All his care was to save his credit, and preserve his interest in the people. Men are fickle and alter their minds, feeble and cannot effect their purposes; something happens they could not foresee, by which their measures are broken; but with God it is not so. The Strength of Israel will not lie. Verses 32-35: Many think the bitterness of death is past when it is not gone by; they put that evil day far from them, which is very near. Samuel calls Agag to account for his own sins. He followed the example of his ancestors' cruelty, justly therefore is all the righteous blood shed by Amalek required. Saul seems unconcerned at the token of God's displeasure which he lay under, yet Samuel mourns day and night for him. Jerusalem was carnally secure while Christ wept over it. Do we desire to do the whole will of God? Turn to him, not in form and appearance, but with sincerity.

Each day we walk through the Bible chapter by chapter making an application of our text to help us grow in the Lord. Many applications can be made from each day's text. Today we continue in the book of 1 Samuel with Chapter 15 and we see Saul becoming jealous of David and him killing 200 Philistines as a dowry. What catches my eye today is How Saul becomes so Jealous of David. The root of his problem is pride. In making application we see an example of what the seed of pride can produce. In the chapters ahead we will see the extent of Saul's jealous rage. We see this almost weekly on the news as a jealous rage comes to tragic end. The key to avoid this Pride is to acknowledge Jesus as Lord and stay humble before him even as David did in our text today. How about you? Are you humble before the Lord? Let us learn from our text today to avoid jealousy by being humble before our Lord. 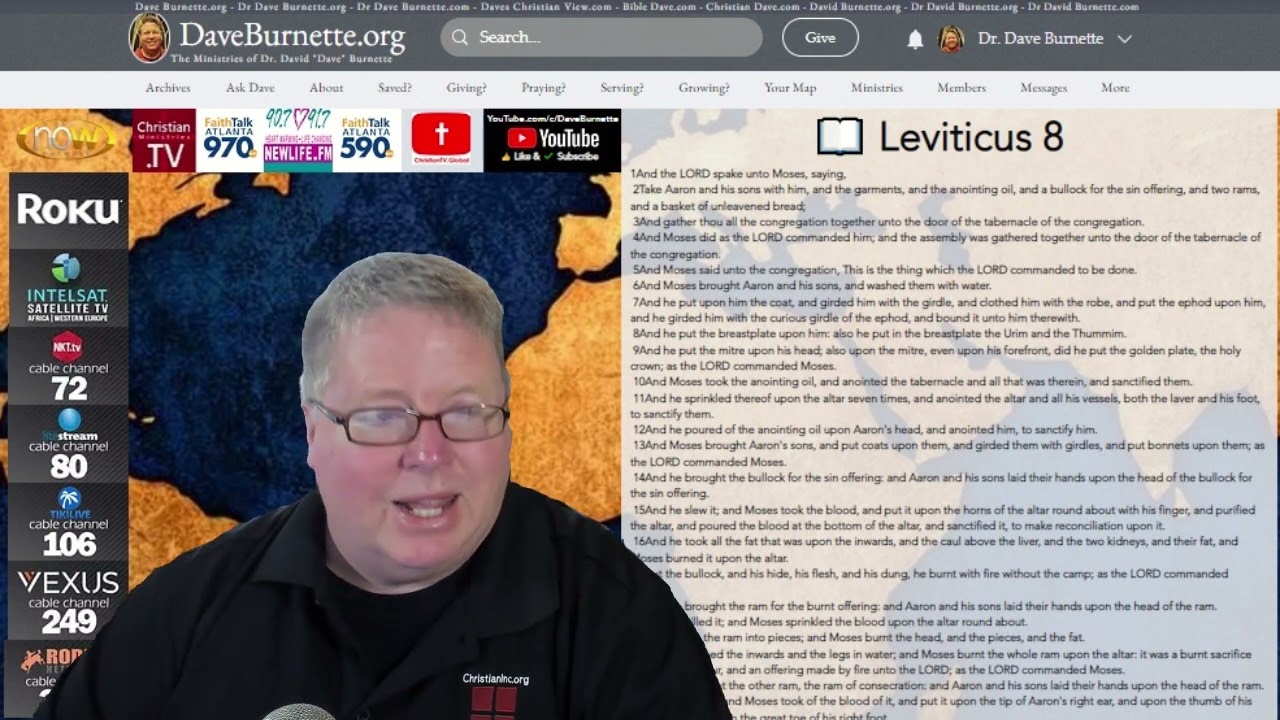 Leviticus 8 ✒️ The Power of God 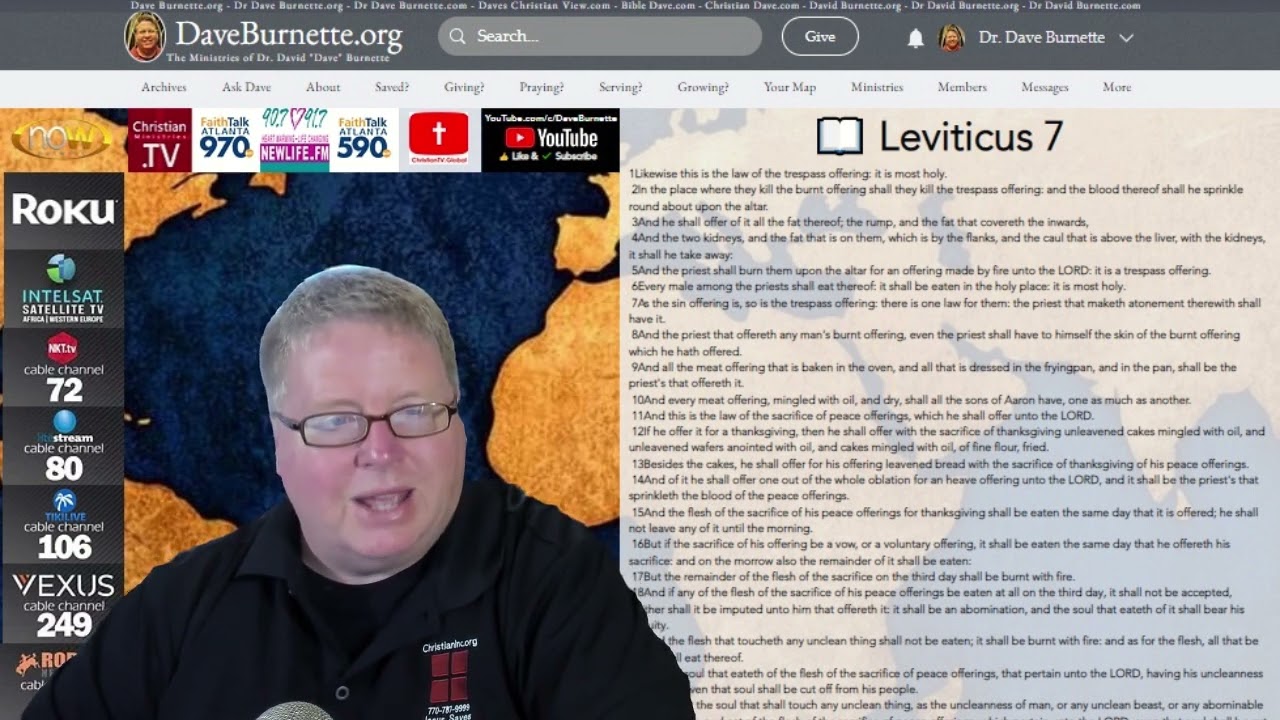 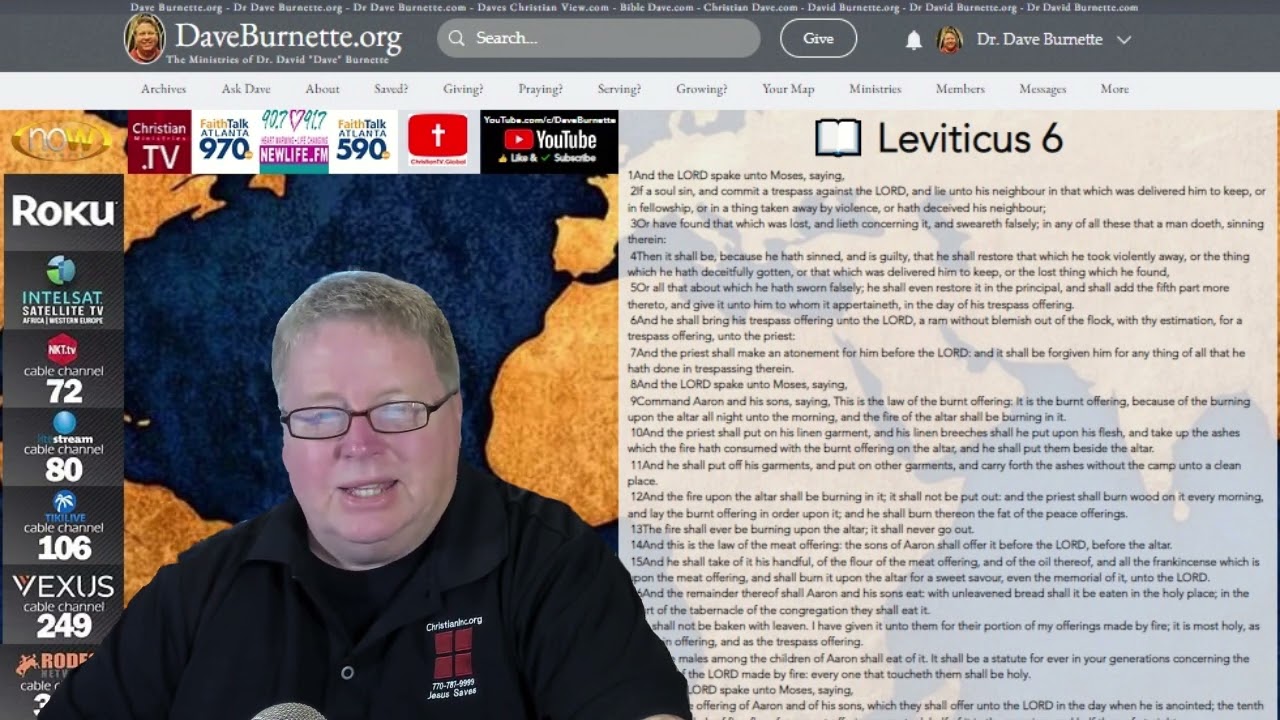 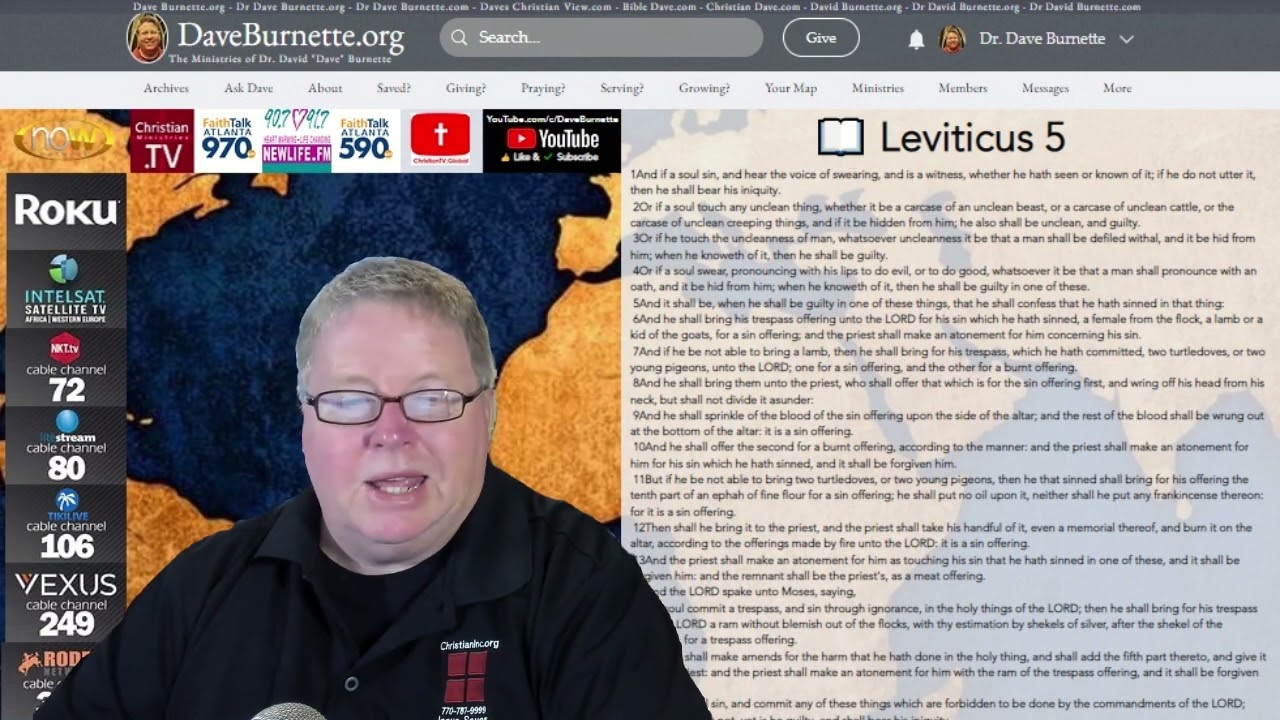 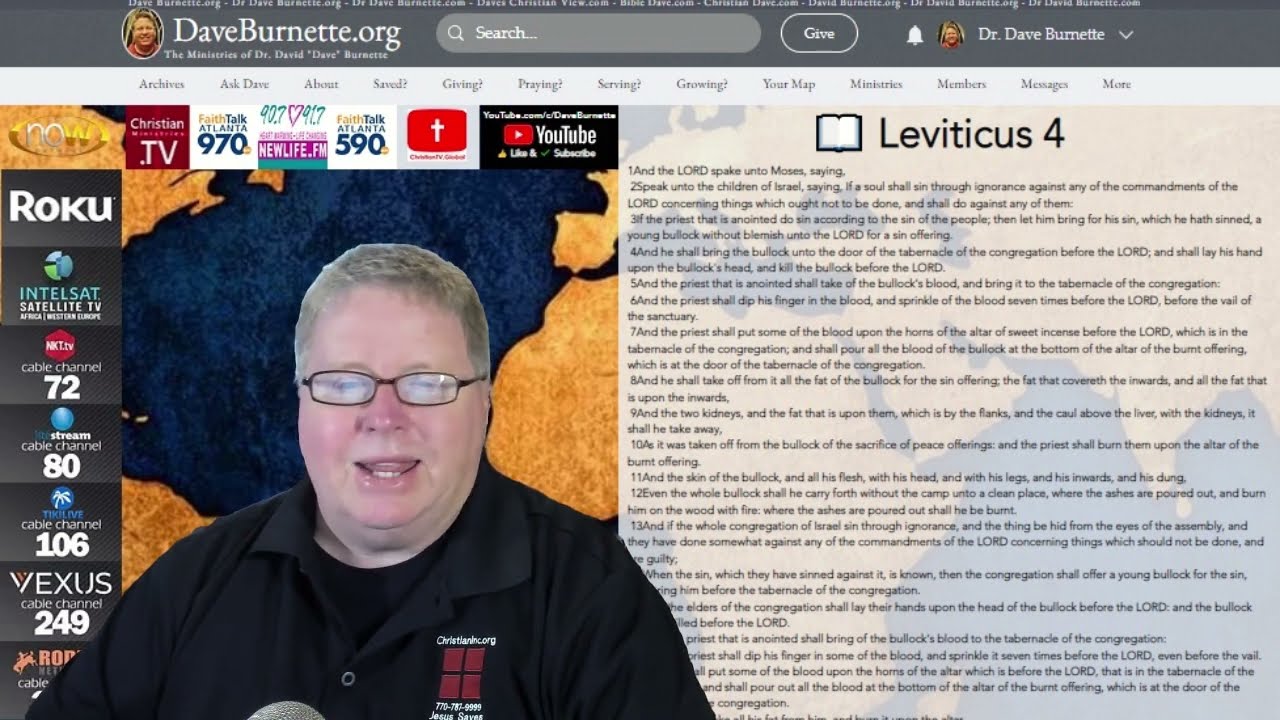 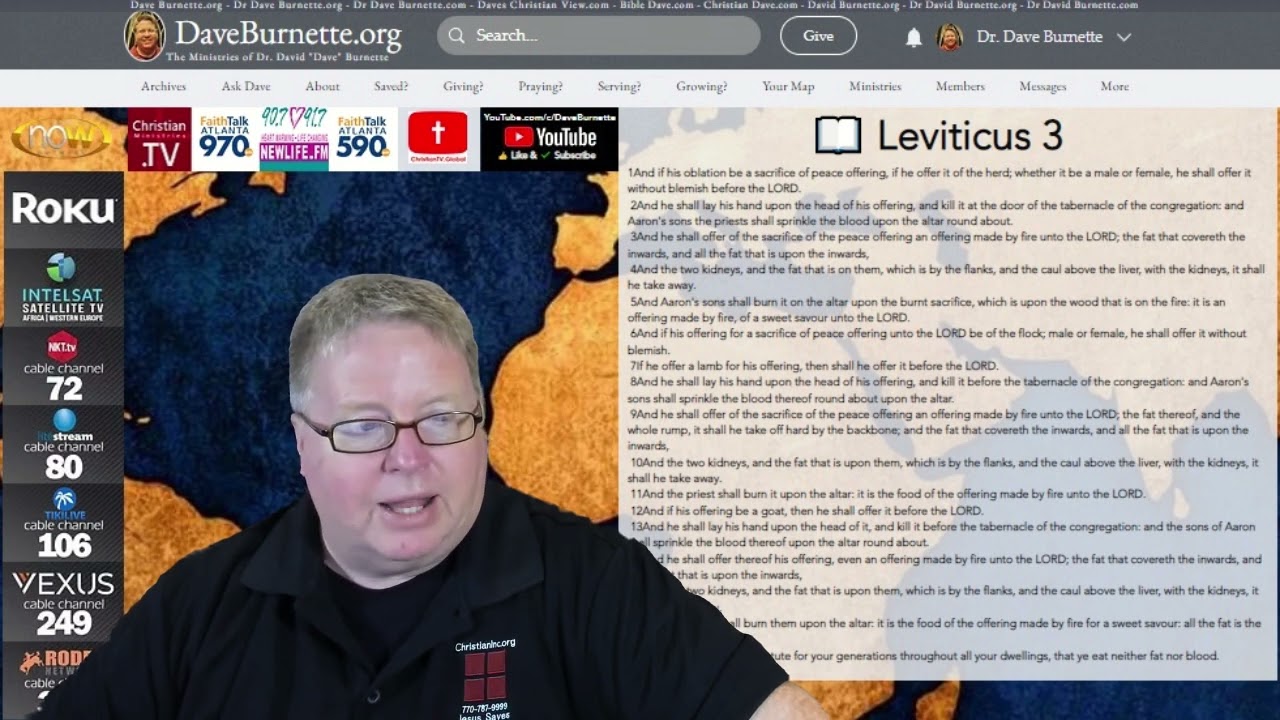 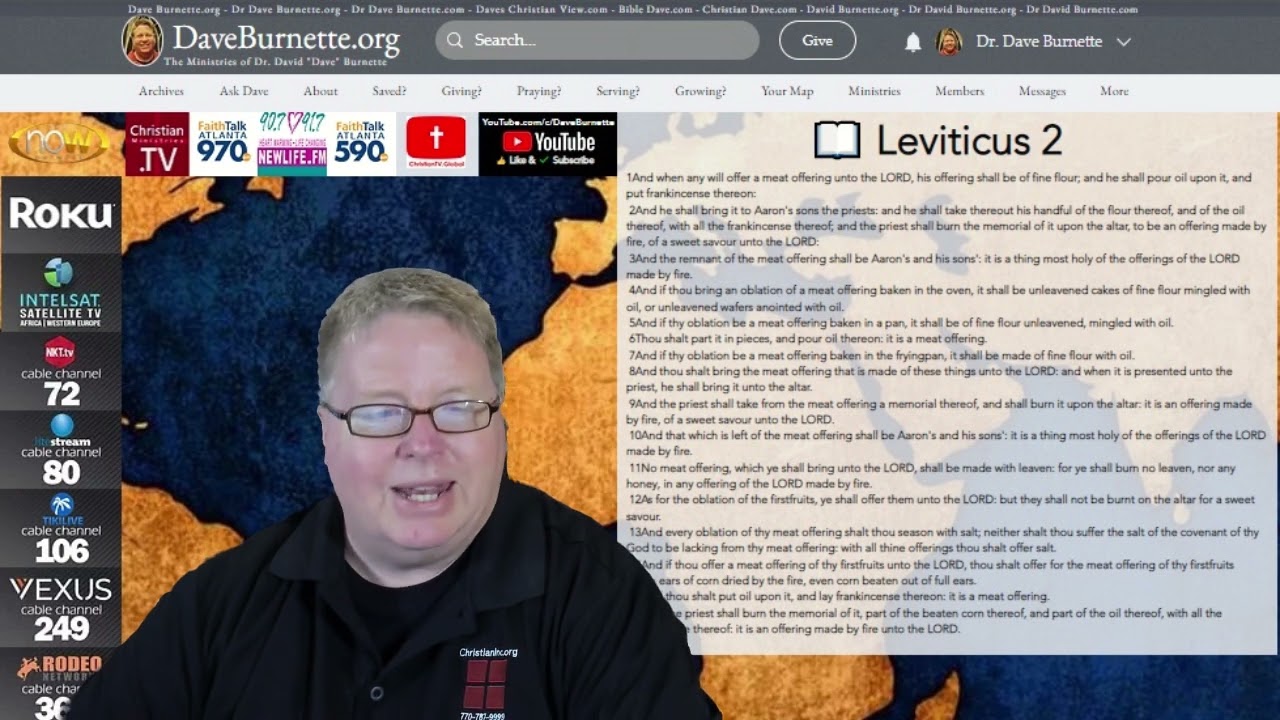 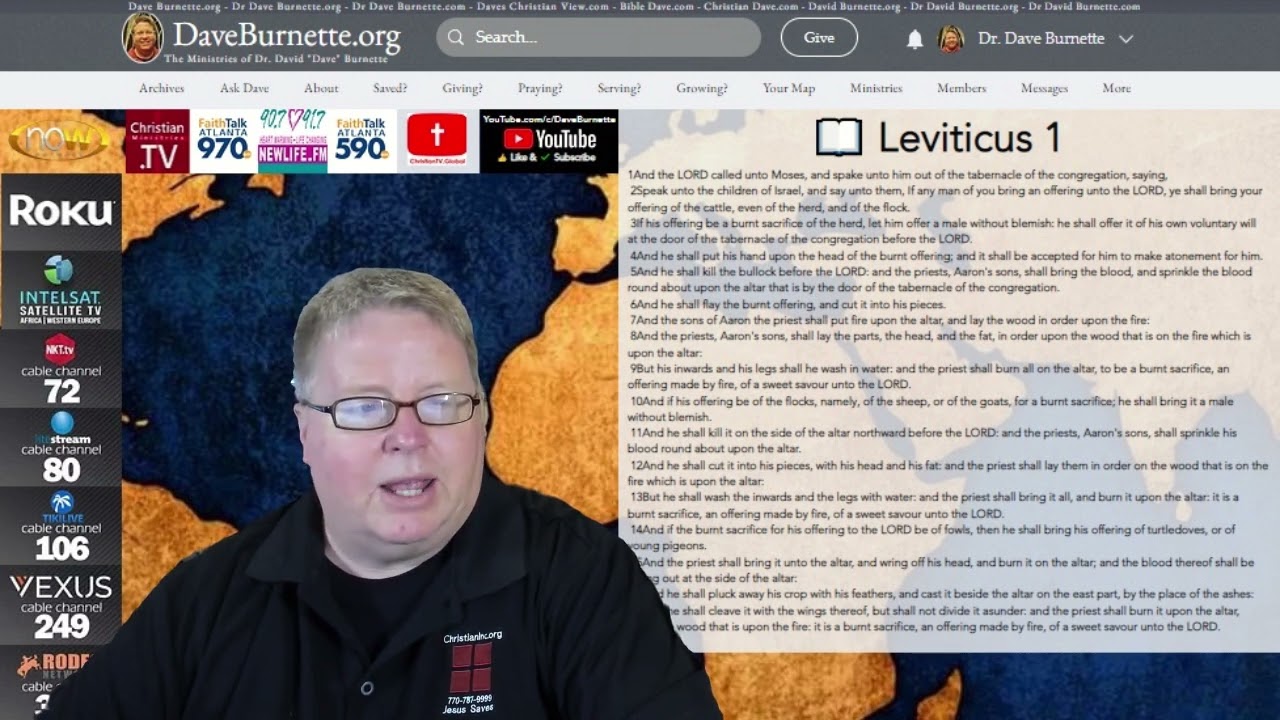 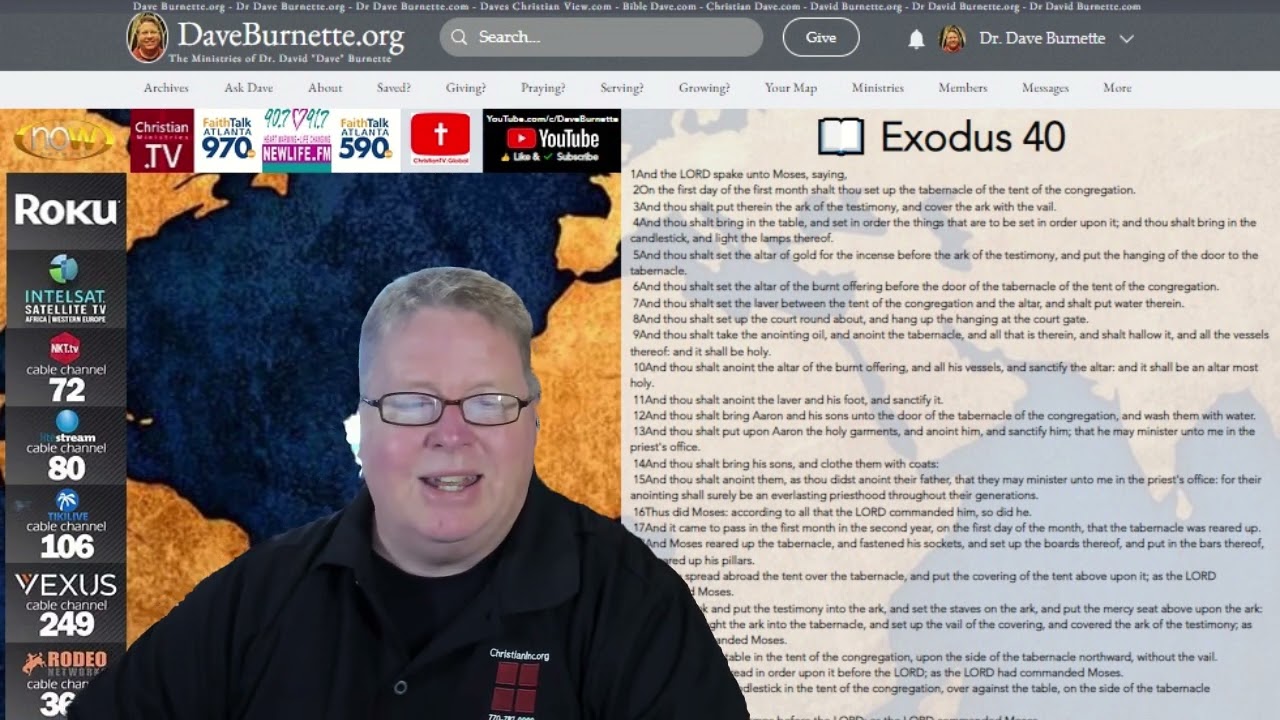 Exodus 40 ✒️ Apply the Scriptures to Your Life 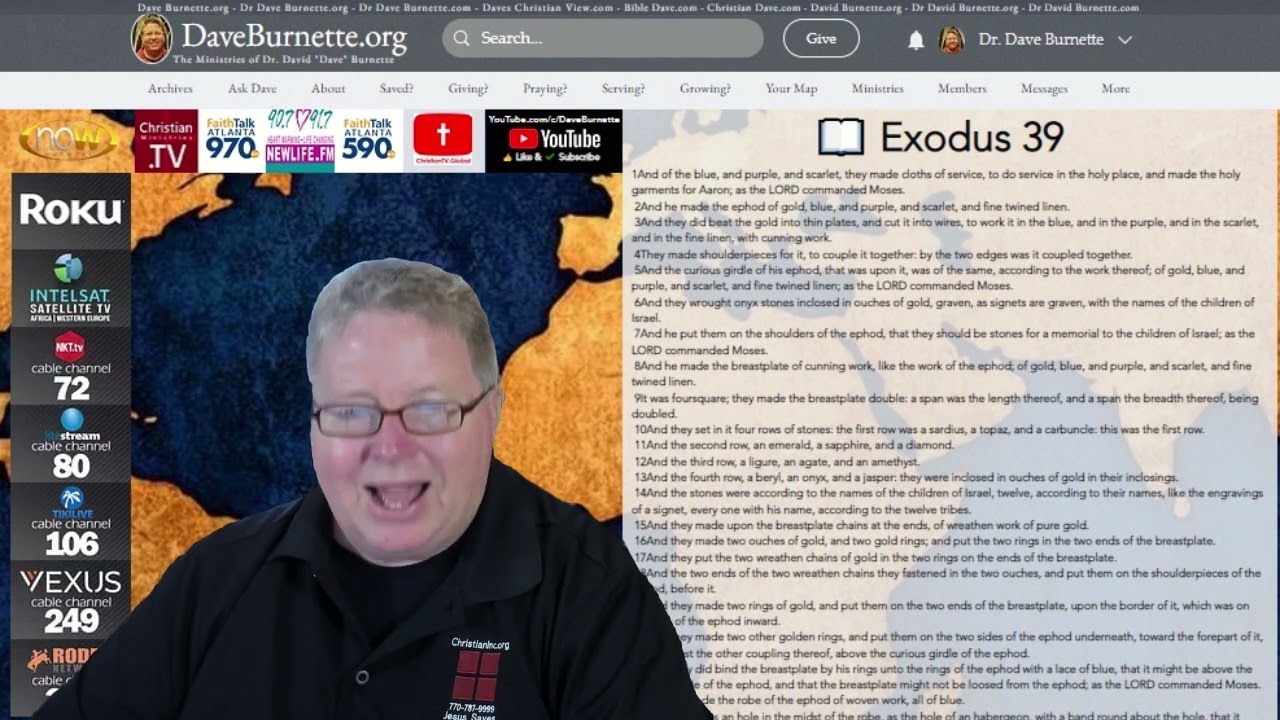