1 Kings 20 - Denying the Evidence of God

Benhadad besieges Samaria. (1-11) Benhadad's defeat. (12-21) The Syrians again defeated. (22-30) Ahab makes peace with Benhadad. (31-43) Verses 1-11: Benhadad sent Ahab a very insolent demand. Ahab sent a very disgraceful submission; sin brings men into such straits, by putting them out of the Divine protection. If God do not rule us, our enemies shall: guilt dispirits men, and makes them cowards. Ahab became desperate. Men will part with their most pleasant things, those they most love, to save their lives; yet they lose their souls rather than part with any pleasure or interest to prevent it. Here is one of the wisest sayings that ever Ahab spake, and it is a good lesson to all. It is folly to boast of any day to come, since we know not what it may bring forth. Apply it to our spiritual conflicts. Peter fell by self-confidence. Happy is the man who is never off his watch. Verses 12-21: The proud Syrians were beaten, and the despised Israelites were conquerors. The orders of the proud, drunken king disordered his troops, and prevented them from attacking the Israelites. Those that are most secure, are commonly least courageous. Ahab slew the Syrians with a great slaughter. God often makes one wicked man a scourge to another. Verses 22-30: Those about Benhadad advised him to change his ground. They take it for granted that it was not Israel, but Israel's gods, that beat them; but they speak very ignorantly of Jehovah. They supposed that Israel had many gods, to whom they ascribed limited power within a certain district; thus vain were the Gentiles in their imaginations concerning God. The greatest wisdom in worldly concerns is often united with the most contemptible folly in the things of God. Verses 31-43: This encouragement sinners have to repent and humble themselves before God; Have we not heard, that the God of Israel is a merciful God? Have we not found him so? That is gospel repentance, which flows from an apprehension of the mercy of God, in Christ; there is forgiveness with him. What a change is here! The most haughty in prosperity often are most abject in adversity; an evil spirit will thus affect a man in both these conditions. There are those on whom, like Ahab, success is ill bestowed; they know not how to serve either God or their generation, or even their own true interests with their prosperity: Let favour be showed to the wicked, yet will he not learn righteousness. The prophet designed to reprove Ahab by a parable. If a good prophet were punished for sparing his friend and God's when God said, Smite, of much sorer punishment should a wicked king be thought worthy, who spared his enemy and God's, when God said, Smite. Ahab went to his house, heavy and displeased, not truly penitent, or seeking to undo what he had done amiss; every way out of humour, notwithstanding his victory. Alas! many that hear the glad tidings of Christ, are busy and there till the day of salvation is gone.

Each day we walk through the Bible chapter by chapter making an application of our text to help us grow in the Lord. Many applications can be made from each day's text. Today we continue in the book of 1 Kings with Chapter 20. In our text today we see God giving Israel victory over Syria and a prophet condemns King Ahab. What catches my eye today is how God gave Ahab victory to reveal that "He is God" to have Ahab ignore the presence of God - Go his own way to have disaster strike. In making application we see that many today still deny the evidence, presence, and power of God that proves, "He is God". Our nation has been founded, built, protected, and blessed by the hand of God. The evidence is all around us but now our nation is taking the path of Ahab - ignoring the evidence - and going its own way which will lead to a path of destruction. How about you? Do you see the direction this Nation is going as it deny the evidence of God? Let us learn from Ahab, Israel, and the path of destruction that comes from denying the evidence of God. 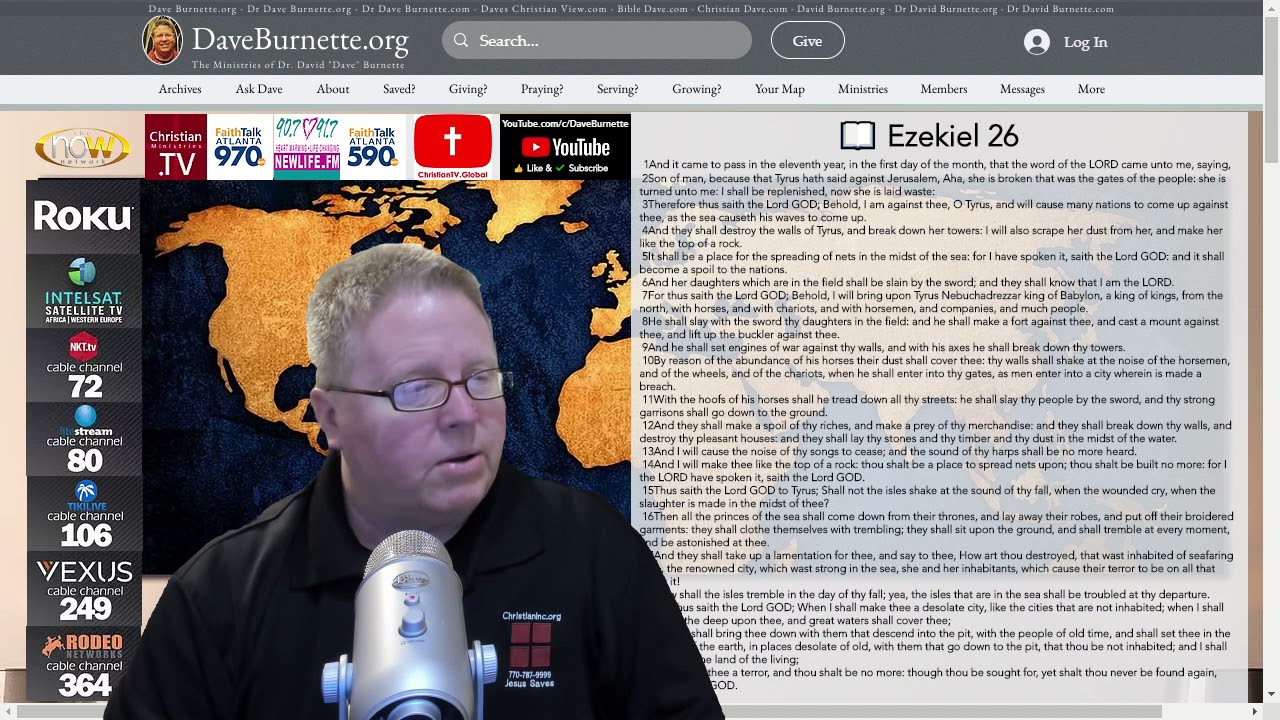 Ezekiel 26 ✒️ God is in Control 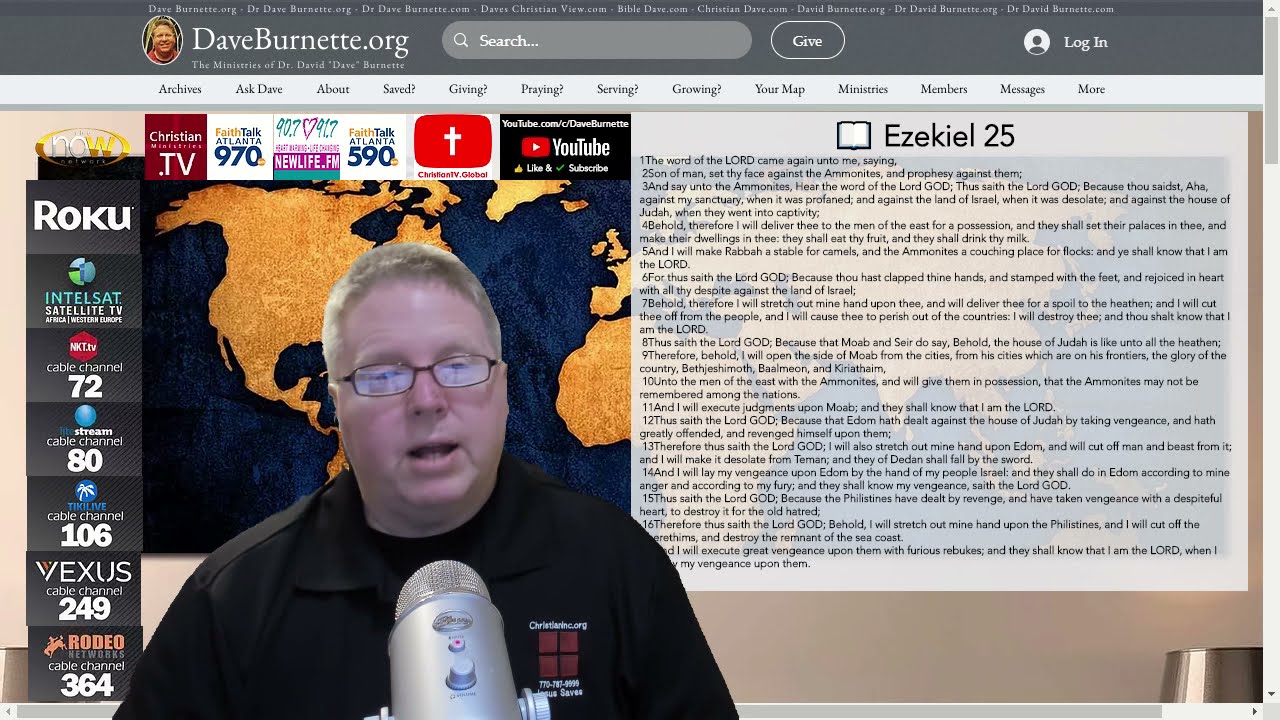 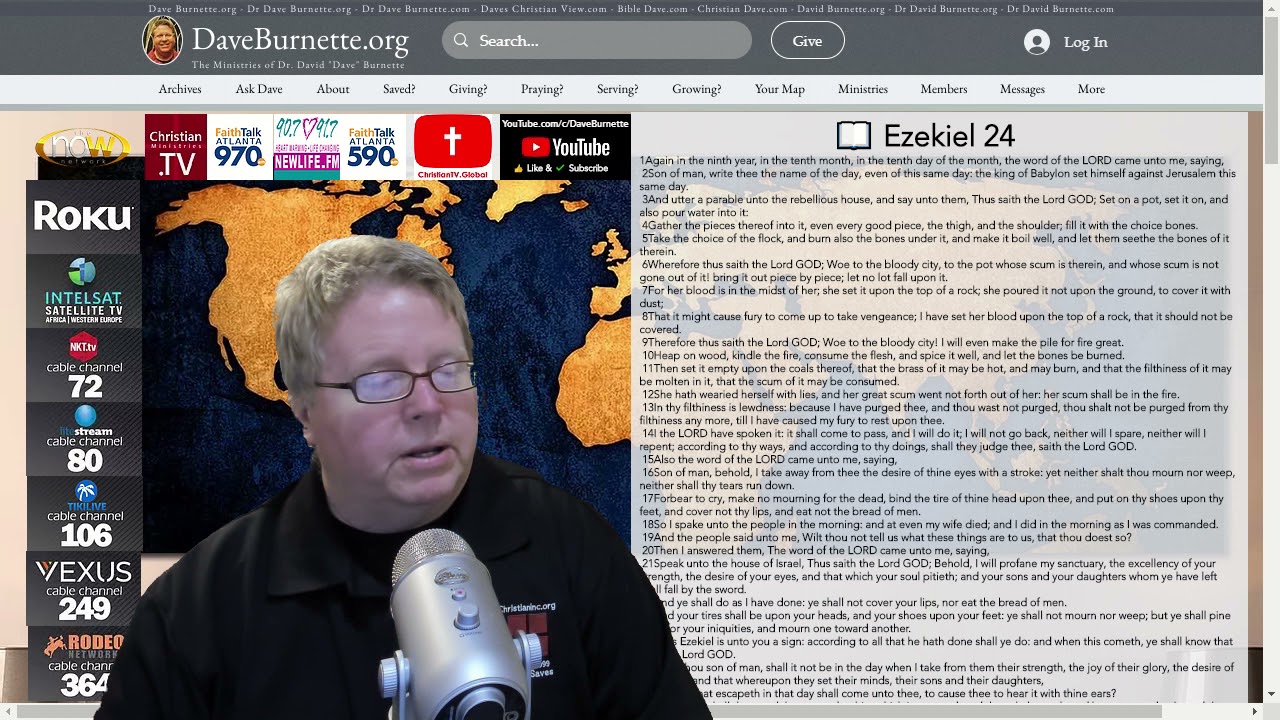 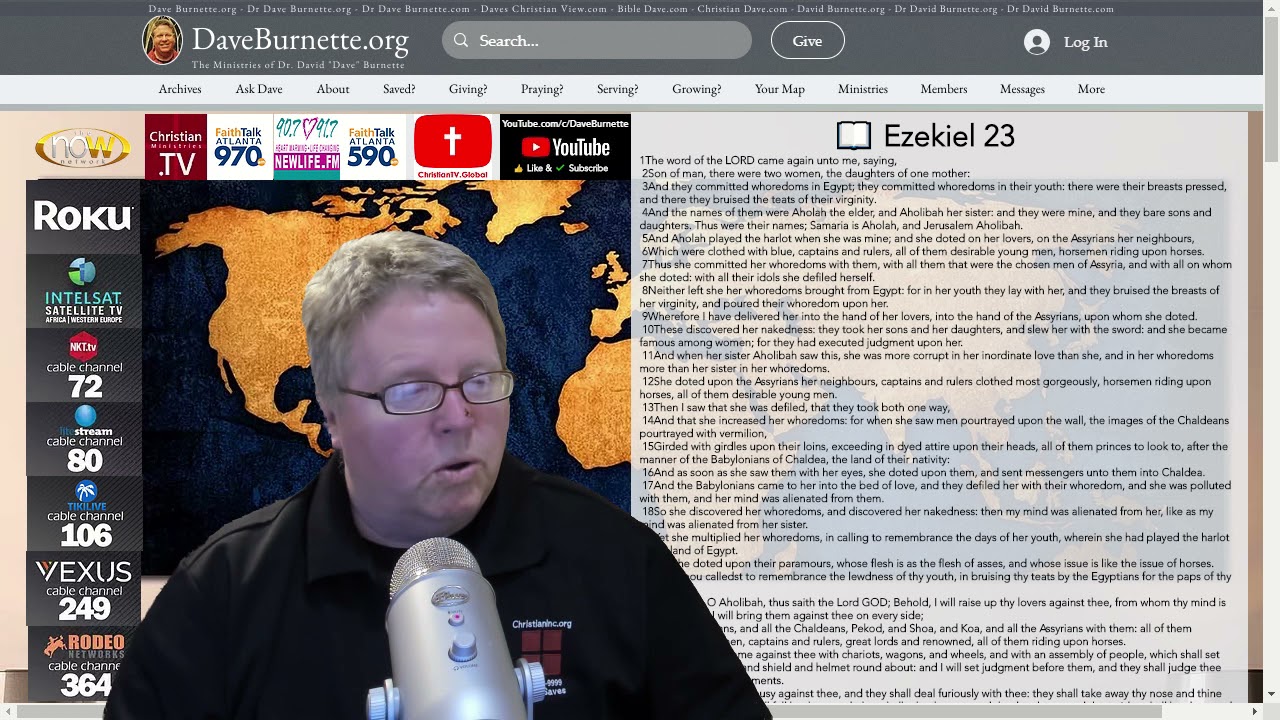 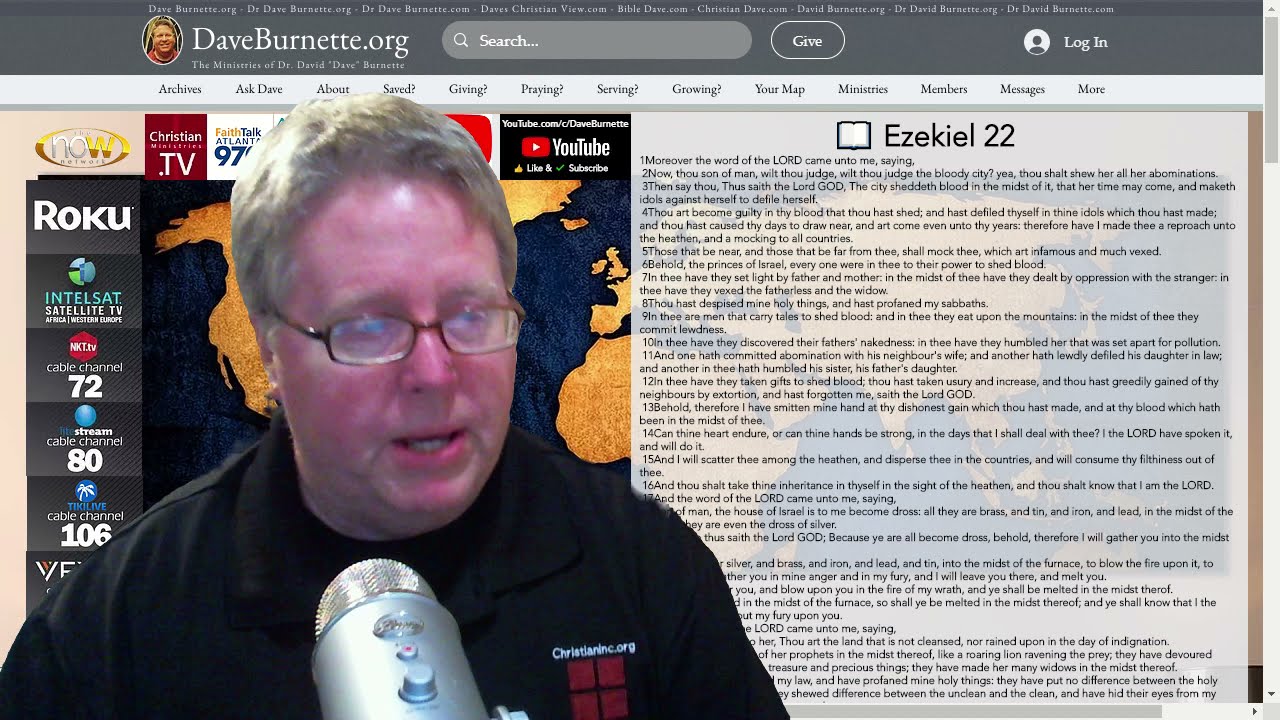 Ezekiel 22 ✒️ Your Sin will be Revealed 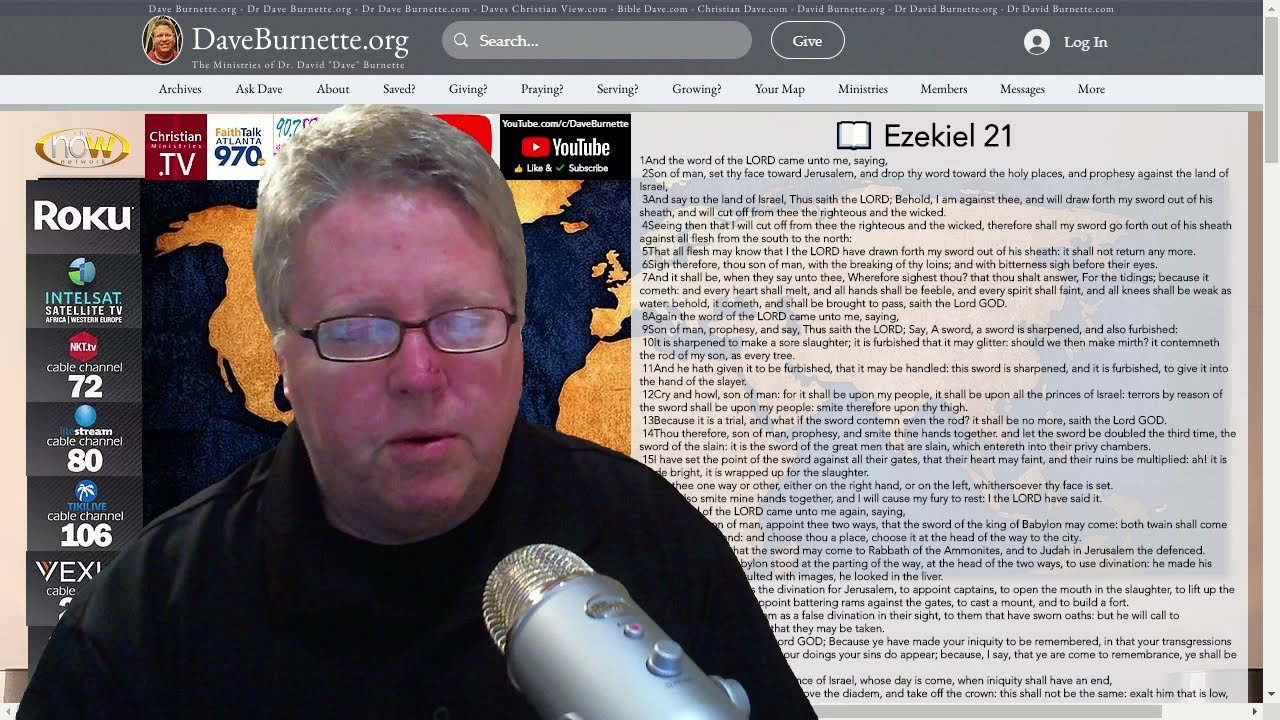 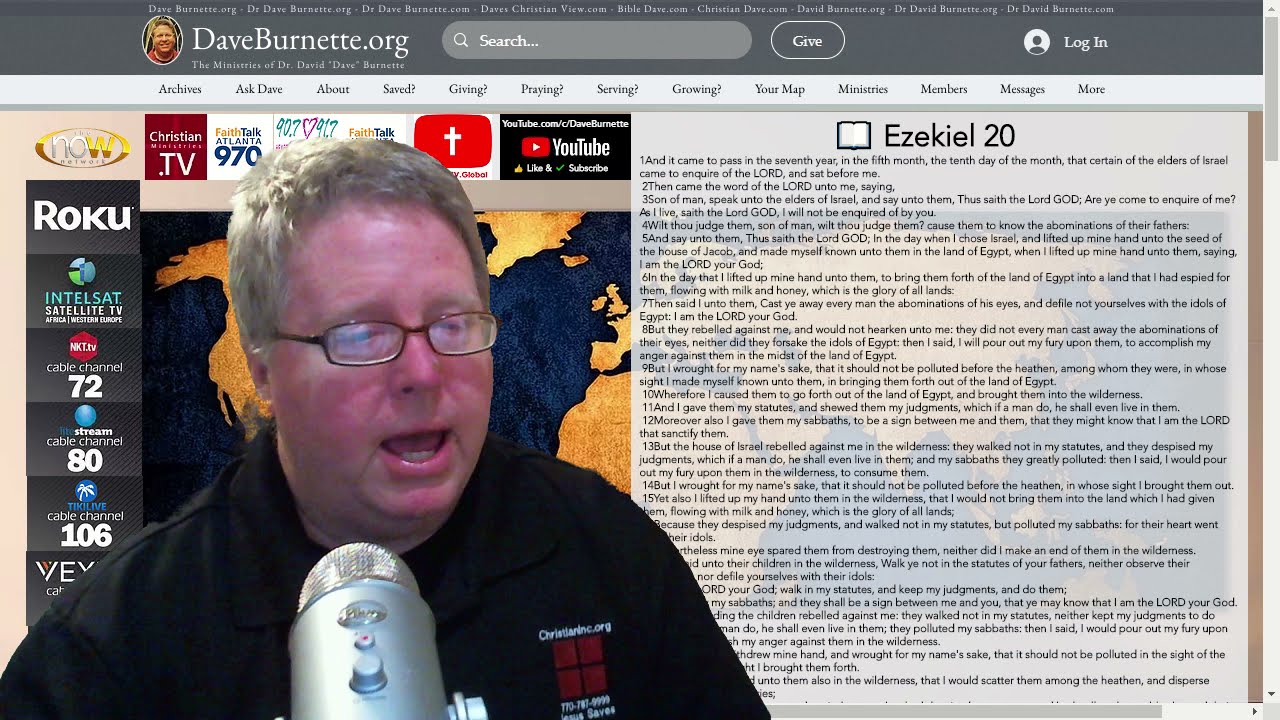 Ezekiel 20 ✒️ There is Hope 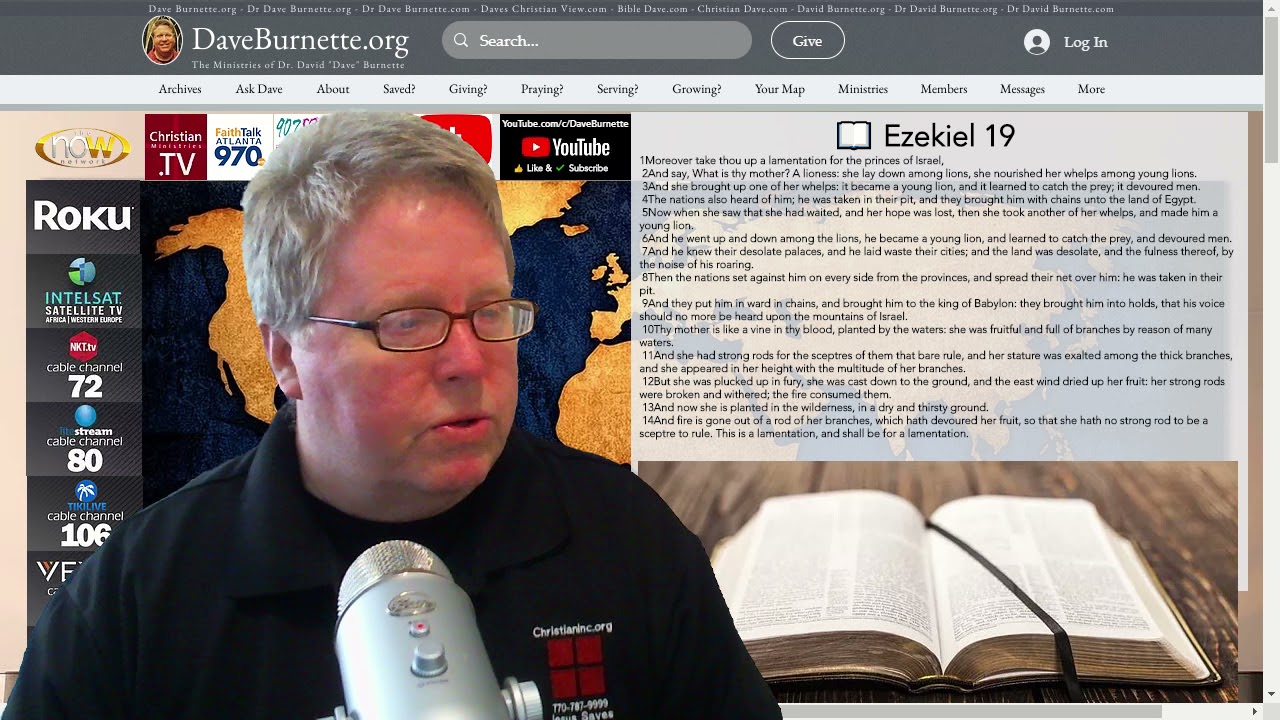 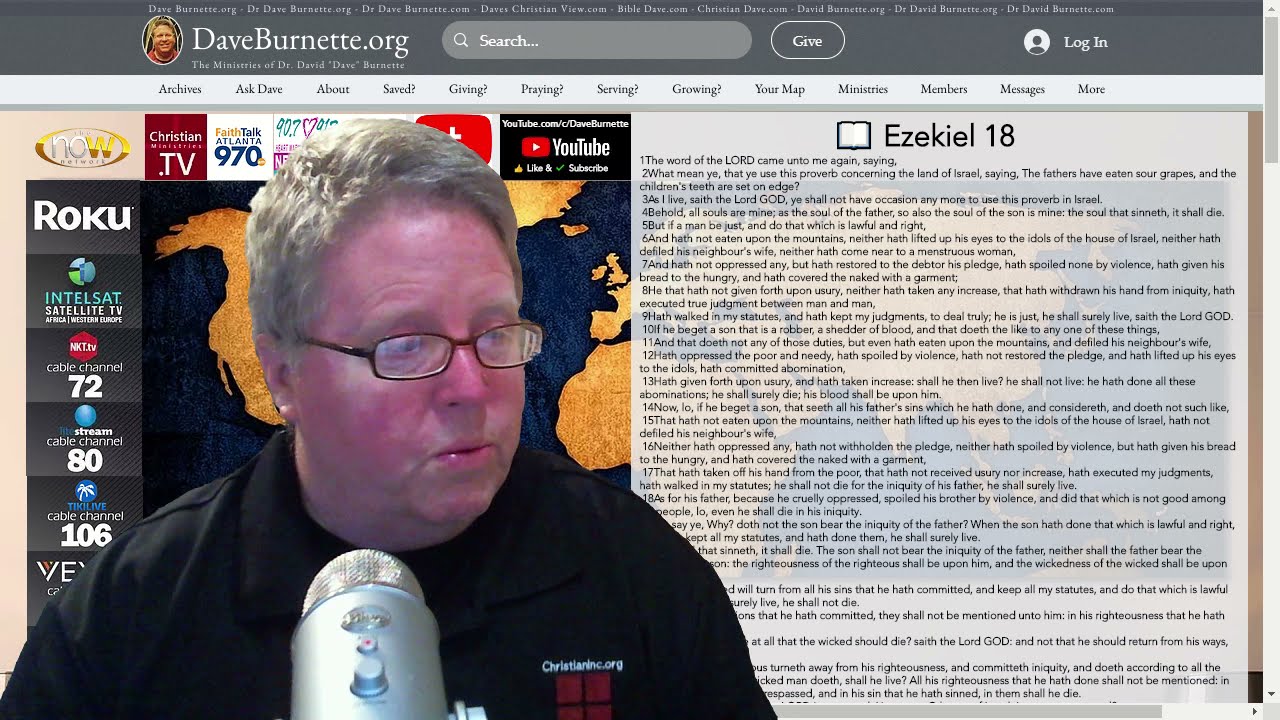